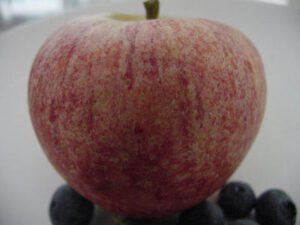 Tonight was the kickoff to the New York Musical Theatre Festival! The NYMF Gala at last! Jamibeth, Seth, Kendra and Ray Zilberberg (our new invaluable production assistant) met ouside Dodgers Stages before 8:00pm to pick up our tickets. Michael Rubinoff was supposed to join us but was busy running around the city driving a truck, taking care of set issues!

The first part of the evening was a performance of The Great American Trailer Park Musical.

This was one of the shows that I had seen last year at NYMF, and has been subsequently picked up for an Off-Broadway run. It was very cool to see a more elaborate production of a show I had seen at the Festival!

I also enjoyed seeing Marya Grandy again, who was part of the original NYMF cast, and who plays Linoleum (‘cuz her mother gave birth to her on the kitchen floor). I remember taking notice of how great she was last year — her voice is amazing and she is wildy funny.

Of course our director, Jamibeth Margolis (who knows everyone in New York!), knew Marya and introduced us after the show. Interesting bit of trivia — she is the daughter of Fred Grandy, who played Gopher on The Love Boat (and of course he was a four-term congressman). Needless to say, I found that way cool!

After the show we went downstairs to the reception where we drank margaritas and ate chicken fingers and schmoozed!

I met up with Rob Asselstine whose show Frankenstein Do You Dream had been in the Festival last year, and who runs the ACLCL in Toronto. He has been very supportive profiling Plane Crazy in all his newsletters so it was great to finally thank him in person.

I also got to meet up with David, whom I had worked for last year as a volunteer at the Festival! It was great to catch up and he promised me he’d catch the show. It was a great opportunity to thank everyone at NYMF personally, for giving us the extra shows and supporting us so well. In addition, today was the venue load-in for The Beckett, so I also heard good reports from NYMF that the Plane Crazy staff was more than pulling its weight!

Tomorrow — back to rehearsal and countdown to opening night!

Last night I went to a free (!) panel called “Pen and Swill: The Art of Writing Musicals” put on by New Dramatists and NYMF.

It was an hour-long panel discussion featuring:

Marsha Norman (Pulitzer and Tony award winner) who is currently working on the book for The Color Purple.

David Lindsay-Abaire who is currently writing the books to the musicals of Shrek, High Fidelity, and Betty Boop.

Rinne Groff who is a current resident playwright at New Dramatists.

Karen Hartman who is a current resident playwright at New Dramatists.

Julia Jordan who is a current resident playwright at New Dramatists.

Cheryl L. Davis who wrote, among others, Barnstormer (with composer Douglas J. Cohen).

It’s great just to sit and listen to people in the business talk about what they do. It wasn’t a “how-to” session, which I wasn’t expecting, but more of a chat session.

It was interesting to hear the ones who wrote just book talk about their relationships with the composers and lyricists. Most liked to write the entire play first, to be in charge of plot and character development entirely and then give it over to the composer/lyricst to plunder material for songs. They didn’t seem to want to develop the piece in tandem with the composer/lyricists — too many cooks!

It made me feel better to hear someone like Marsha Norman talk about the constant evolutionary process of creating a musical — they are on their third “opening number” for The Color Purple! She also described a musical as a “love story with a great final scene”. She also brought up the challenges of writing a musical nowadays when everyone is so knowledgeable about all aspects of the world. South Pacific was written at a time when most people found that area of the world mysterious. Nowadays the only “far away place” left is the past, which is why so many musicals take place there.

They all agreed that when looking for a piece that would be suitable to musicalize, one should look for something that has an emotional heart, not too complex and somewhat iconic. And unlike in plays, when a character walks on stage in a musical, that is who they are and their character will remain pretty much unchanged until the end of the musical. You can’t really do murder mysteries, because when a person sings, that is his/her inside voice so secrets are harder to keep from an audience. Interesting!

Thanks to a great panel!

In 1949 a committee of playwrights led by Michaela O’Hara founded New Dramatists in order to “find gifted playwrights and give them the time, space and tolls to develop their craft, so that they may fulfill their potential and make lasting contributions to the theatre.” For 56 years, New Dramatists has achieved this mission through our playwright development program, which includes our play and musical reading series, international playwright exchanges, administrative support for our resident playwrights, playwriting grants and awards, fellowships for emerging writers, and our ongoing advocacy efforts on behalf of playwrights in the national theatre community.

These programs benefit approximately 50 talented playwrights and support well over 100 play and musical workshops, seminars, artist exchanges, and panel discussions each season. Beyond creating uncountable works for American stages, our writers have earned an array of awards including 13 Pulitzers, 23 Tonys and 59 Obies. In June of 2001, New Dramatists was awarded a special Tony Honor for Sustained Excellence in the American Theatre. In May of 2005, the Village voice Obie Committee awarded New Dramatists the Ross Wetzsteon Award. 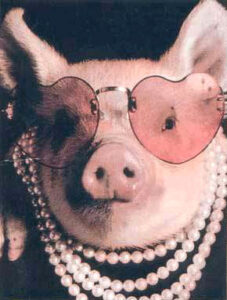 We had our first Production meeting earlier this week and I met our new tech team!

Here we go again — It’s a Fringe Production so we have to be able to strike our set in 15 minutes! And, of course, store everything in my car. Our director, Marc Richard, and the tech team have some really cool ideas up their sleeves — I can’t wait!

I can already hear the sound of hammering and sewing machines…

Next up is our first read through with the cast next week! Oink! 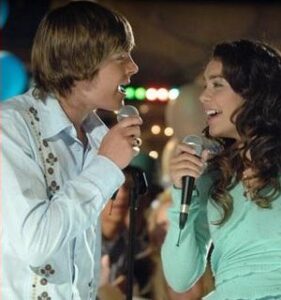 I am fascinated by the growing phenomenon of Disney’s HIGH SCHOOL MUSICAL.

It’s great to see a musical gain such broadscale popularity in the heartland. There’s a good lesson in the success of HIGH SCHOOL MUSICAL that all of us working in theatre need to pay attention to: “Give the People What They Want…”

It’s so cool: The album is selling, the DVD is coming, and a sequel is in the works.

I’ve believed for years that people want to love musicals…and I’ve also bemoaned that fact that no one does musicals in High School anymore.

Disney’s HIGH SCHOOL MUSICAL feels like an excellent set of training wheels to bring young fans into the genre…and as an industry we need to help them graduate through increasingly sophisticated pieces. I’m really pleased that Disney is working on bringing young people back into the musical theatre fold.

I also love the fact that all the different “groups” get involved: The Skaters, The Preps, The Brains, The Jocks…it’s got that ’70s “ABC After-school Special” vibe that I just love. I would have loved HIGH SCHOOL MUSICAL when I was a tween. I totally get why my girls are into it.

My girls say “it rocks” and they “like the music and the characters”. Trinity’s favorite character is Sharpay…and Myrna is of course totally engaged with Troy (Zac Efron). Ah, young love…

At the same time, my children also love Sondheim (SWEENEY TODD is one of their favorite musicals), and just about everything else. Especially PLANE CRAZY 😉

So keep it up guys!

Here are the details from this post on Playbill:

Following its successful sales of video singles from the television movie — not to mention how well the soundtrack and singles are doing — the company decided to offer the movie as well. Apple iTunes users can download music videos for $0.99 or the entire film for $9.99.

A sequel is already in the works and the debut DVD of the popular original movie will be released May 23 featuring two versions and extra features.

Seven weeks following the Disney Channel’s HIGH SCHOOL MUSICAL soundtrack debuted, the album moved into the No. 1 slot at the top of the Billboard pop chart. The feat was the first time an original TV movie soundtrack ever charted at No. 1 and the first TV soundtrack to hit the top spot since 1986 (the “Miami Vice” album).

HIGH SCHOOL MUSICAL centers on the unlikely friendship that evolves between the jock Troy and brainiac Gabriella at a karaoke contest. Little did the two know that she would be transferring into his school. The duo decide — against their friends’ wishes and to the dismay of school stars (a drama queen and her twin brother) — to audition for the high school musical.

Ortega directed and choreographed Disney’s NEWSIES. Among his other choreographic film credits are DIRTY DANCING, FERRIS BUELLER’S DAY OFF, PRETTY IN PINK, ST. ELMO’S FIRE, XANADU, TO WONG FOO, THANKS FOR EVERYTHING, JULIE NEWMAR. He also directed and choreographed the short-lived Broadway musical MARILYN centering on the actress Marilyn Monroe. He was just announced as the new director-choreographer for the Australian tour of THE BOY FROM OZ starring Hugh Jackman. 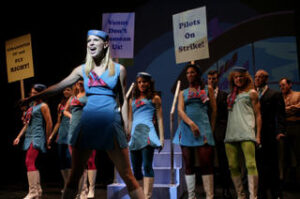 I really love working with university students. Not only are they talented, and optimistic about the business (aka “not cynical”) but they have an infectious enthusiasm for musical theater!

My experience at Sheridan College in Toronto was fabulous, and now I am having another positive experience working with the students at OCU Bass School of Music in Oklahoma City.

Dan Meagher is the producer of this concert to be presented at 7pm on April 23 at the Petree Recital Hall (which I just found out sits about 500 people, my biggest audience yet!) on the OCU campus, and from my very first e-mail exchange with him, have been nothing but impressed at his professionalism and enthusiasm.

I received an e-mail from Dan telling me he had heard great things about my show and wanted to know if I would please submit it to their “Stripped” project.

Exsqueeze me? You’re asking me nicely to please submit my work to you? You mean I don’t have to beg, and whine and scheme, and beg, to get you to listen to my work? You want to??? What a great feeling! Of course I said yes. And when I was a little slow to get the materials in, he followed up. Yes, HE FOLLOWED UP!

And from what I’ve heard from Dan, it sounds like they are really marketing this event and doing PR — see my Talkin’ Broadway post. Kudos!

Since then I met through e-mail Roy Lightner, the director of the PLANE CRAZY part of the show. Again he loved the show and was really excited to get a chance to work on it. I love this guy!

Then last night I got another very enthusiastic e-mail from a woman “Shauna Hagan” who has been cast in PLANE CRAZY and she had listened to the music and wanted to thank me for submitting my show to them.

You get so much rejection in this biz, that when people consistently thank you for writing your show, and sharing it with them, it is positively heady stuff!

Sometimes it is hard to keep that joy and excitement, to remember why you got into the biz in the first place. The people at OCU are making it a whole lot easier! Thanks guys!

A news story about the New Musicals Project has been added to the OCU Bass School of Music website here.